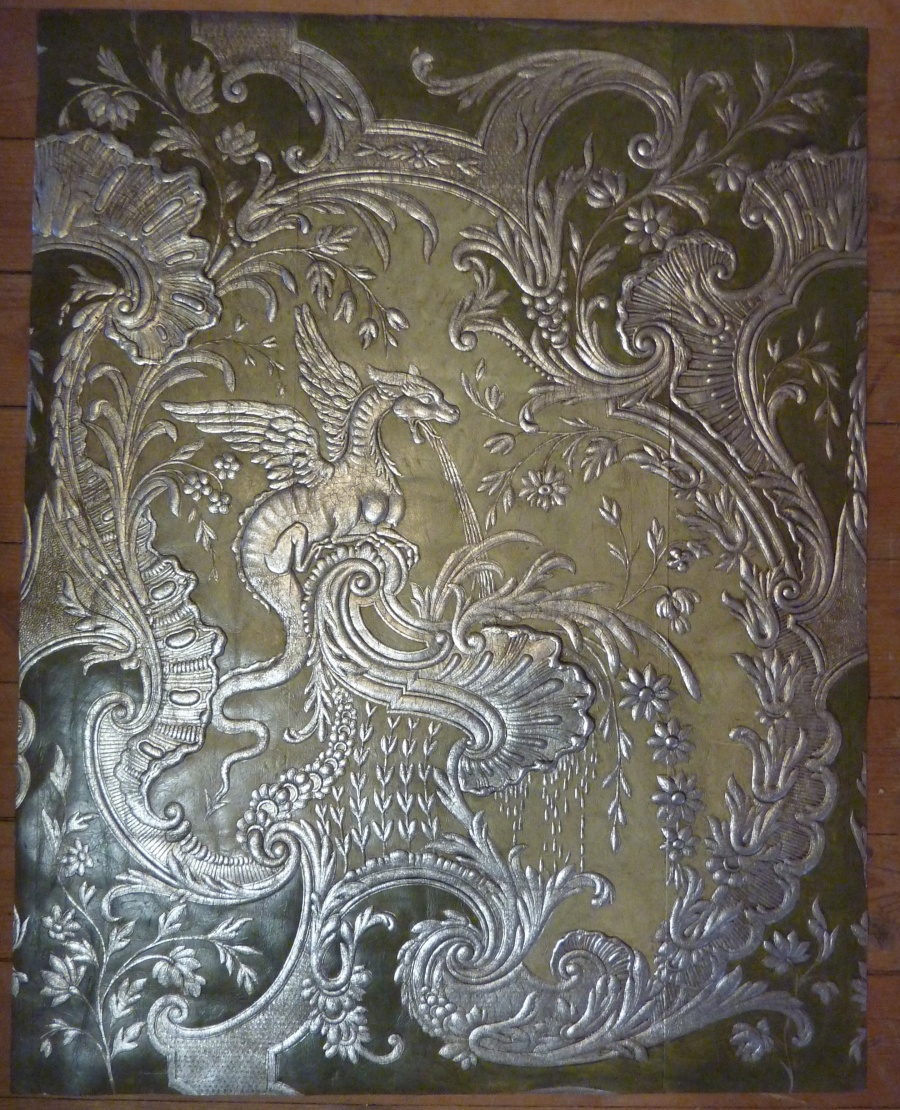 For the wallpaper in my living room area I have chosen hand embossed gilt leather. It looks like this. 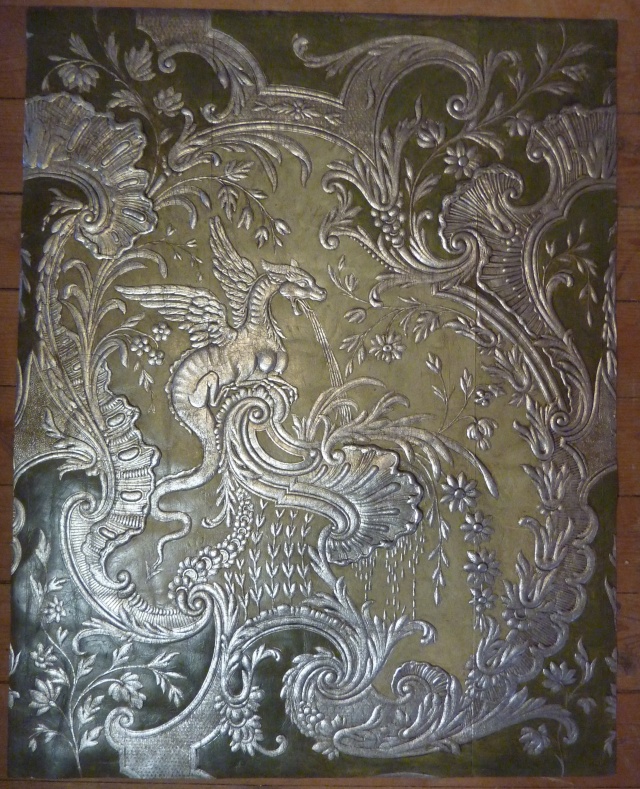 Yes, the panels have a dragon on them, yes the dragon has tits.  I have two panels, and the dragons are named Sharon and Maude.

This, I know, is not a usual choise for a ‘tiny’ house, or indeed for any house. A feature this flamboyant is nowadays mainly used by banks, fancy restaurants and other places that wish to seem to embody power, using things to signify status rather than having the thing itself for itself.

I think tactile visuality is important, or ‘having something nice to look at’. But not only in the two-dimensional sense, but in terms of how the light falls and reflects off a surface. For instance, things seen on a screen will never be anything other than looking at a screen no matter what that screen shows. It will be frozen in distance, tactility and lacking in the things not quite seen, but that reflects shadows in the corner of your eye. All these aspects are important for what we think and how, for how we feel and what sides of ourselves we nurture. But there is a difference between surrounding yourself with beauty and using representations of beauty to cover up overall surroundings that can and should be changed, like the colourful posters covering the wasteland in Terry Gilliams increasingly realistic and brilliant movie Brazil.

Consumerism makes it appear as if anyone can have access to things only dreamt of before, but all you get access to is the symbol of that thing, a pale replica. Consumerism is a direct threat to all things beautiful as it denies anything to have a value in itself, only as a quick fix to feel better or as an instaworthy shot of status. I mean to have this wallpaper for decades, centuries if someone else takes over. It’s something I’m committing to, something I’ll care for.

And I don’t want my wallpaper to cover a wall that is something else. I want the things surrounding me to have as much integrity as possible. The wall is there for the gilt leather, not the other way around. These pieces have to them a touch, scent and visual quality that is filled with itself and does not represent anything else, cannot be confused for anything else. It is not merely a picture of a dragon, it is its own thing. Also, it’s absurdly beautiful. Also, it’s somewhat absurd. I mean, who does this sort of thing? No one. So I will.  I’m not denying the side of me that grew up with Huysmans and longed for ‘The willed exile of the Introverted Decadent’.