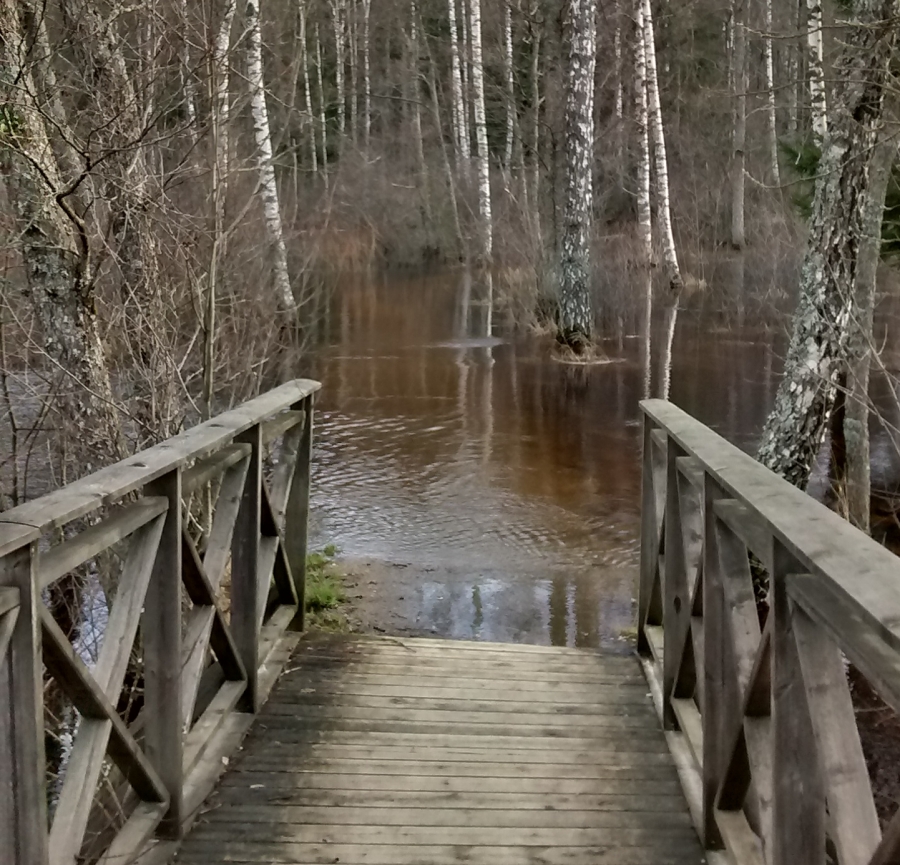 So just after the last post, the roof blew off.

Not all of it, just a part, showing the advantage of building in individual sections rather than a whole fixed structure. It was easy enough to fix and luckily it happened while I was resting at a stellplatz in Germany and not while driving on the autobahn. Because that would have been unfortunate.

It has been a stormy few weeks in Europe, in many ways. And driving across the continent felt like driving with a thunderstorm on my tracks. Creatures who live close to the elements will have noticed that there is a relentlessness to the weather now, the wind and the rain is harder and it doesn’t take breaks like before.

To drive a house on wheels in near gale and heavy rain is at every turn an adventure and truly uncharted territory. I had originally planned to go through Denmark, but because of family reasons I needed to make my way to Norway fairly quick. I ended up taking the ferry from Kiel to Göteborg, planning to place my house near the border and take the car the rest of the way to Bergen. Because while I might get my house to Bergen, I’m not all that sure of getting it out again. I have to admit, I have also been a bit nervous about getting stuck on a ferry with People if one of the passengers should have become infected with the new virus. So I took the ferry to Göteborg. Which is not a very long drive from the border. Usually.

The wind, barely noticeable at sea for some reason, swept in over the road and I had to drive at a third of my normal speed to feel safe. At one point, I was considering stopping overnight and driving on in the morning. On one hand, I was getting tired, but on the other hand, the weather report for the next few days didn’t look much better. And then I got to the Uddevalla bridge.

The Uddevalla bridge spans the Sunninge strait and is ranked on the top ten of scary bridges of the world due to the intense gusts of wind coming in from the sea. I’m honestly not sure if I would have been mad enough to cross it under those circumstances or not, but I never got to choose, because it was closed. Luckily, there was a winter open camping ground near by, where I could spend a, rather shaky, night.

The next morning, the house was still standing, and had all of the bits on, and I was able to take the old road the rest of the way. It’s longer, but it runs through a valley and is protected from the costal weather. It was a nice drive, though. Sunny and few other cars. And not a customs officer in sight as I crossed the border.

The next day, the whole town of Uddevalla was under water.

These are truly interesting times.

And it’s not just the weather, the roads washed out or blocked by debris, not just the growing restrictions on travel from novel corona, the demonstrations and the strikes and the emptying shelves at supermarkets, it’s an overall mood like when the last of the water drains form a sink. The spiral speeds up as things vanish.

I still don’t know how this all will effect my movements in the foreseeable future. It may be difficult to get around for a while. And then it may be necessary to move more often and further.  For now, my house and I are both safe in harbor. But I need to plan my next step carefully.

One thought on “Riders on the storm, or; Floodland”